The Architecture Award originated in Spain back in 2005 and following three back-to-back national editions it extended its scope to become an international event with overwhelming levels of interest. The first edition of the BigMat International Architecture Award took place in 2013, with the grand prize going to Belgian architect Xaveer de Geyter at the awards ceremony held in Granada, Spain, in November of that year. Spanish architect Alberto Campo Baeza was proclaimed the winner of the second edition of the event held in Berlin in November 2015. In the third edition held in 2017, French architecture studio Lacaton & Vassal emerged victorious at a ceremony held in Florence. The fourth edition, held in 2019, was won by Portuguese architect Souto de Moura at the Palais de la Bourse in Bordeaux. At the last edition of the event held in 2021, coinciding with the 40th anniversary of the BigMat International SA group, Belgian architect Xaveer de Geyter once again walked away with the prestigious award, this time in Paris.

The upcoming 2023 edition will be the award’s sixth outing, as it sets out once again to recognise works of outstanding architecture created within the last four years across the seven countries in which BigMat is present. 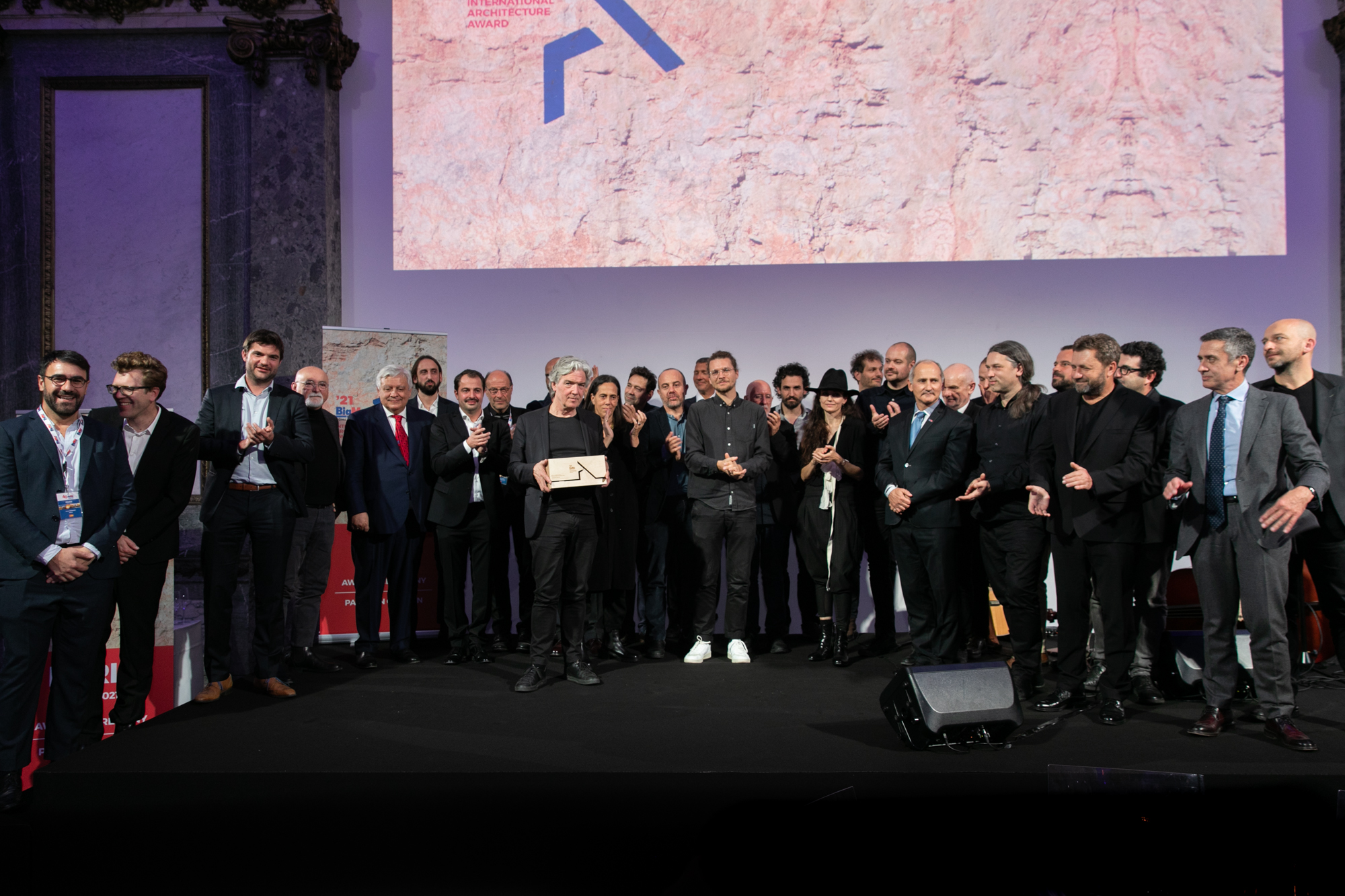 The prize is open to architects who work in one of the seven countries taking part in the award, namely Belgium, the Czech Republic, Slovakia, France, Italy, Portugal and Spain. The work they enter into the competition must also have been built in one of those countries. To be eligible, the project must have been built between 1 January 2019 and 1 January 2023 in any of the participating countries. Buildings that won or made the final in previous editions of this competition may not be entered again into this sixth edition. Moreover, architects or architectural firms that have won the Grand Prize in previous editions will not be eligible to enter the BMIAA Awards again.

The registration period will run from 18 January through to 27 April 2023, with the closing event and awards ceremony to take place in November 2023 on occasion of the Annual Congress of the BigMat International Group.

All participating architects will have the chance to compete before a panel of internationally renowned judges tasked with selecting the winner of the BMIAA’23 Grand Prize for Small-Scale Residential Architecture and the BMIAA’23 International Grand Prize, as well as the 12 BMIAA’23 National Awards.

The awards panel will be composed of:

PRESIDENT: Jesús Aparicio. Doctor of Architecture and Professor at the Polytechnic University of Madrid.

SECRETARY: Jesús Donaire. Doctor of Architecture and Lecturer at the Polytechnic University of Madrid. He has the right to speak, but not to vote, on the panel.

The awards panel will select a total of 14 BMIAA’23 National Awards: seven for small-scale residential architecture projects and seven for other architectural works. All seven countries competing for the award must be represented in both categories.

The two Grand Prizes may not be declared void and nor may there be a dead heat. The awards panel may choose to grant other honourable mentions, though without any prize money.

To learn more about the award, please visit your nearest BigMat sales outlet in your country. All official announcements regarding the Architecture Awards of the BigMat International Group will be posted on this website in due course. BigMat, the leading international chain of independent traders of construction materials.