The FRAC Nord-Pas de Calais art center, completed in 2013 by the French architects, follows the office building by Alberto Campo Baeza and the kitchen tower by Xaveer De Geyter as Grand Prize of the biannual award.

The third edition of the BigMat International Architecture Award rewards European architecture with 1 Grand Prize, 6 National Prizes, 6 Category Prizes and one Special Mention for Young Architects. Besides, this third edition, it has been released a new feature that is the Public Prize, in which the Panel of Judges has no say but it is the public who decide the winner.

The awards ceremony took place yesterday, November 24th, at the Palazzo Vecchio in Florence, Italy, in the presence of the architects competing for the Grand Prize, the members of the international panel of judges and the companies making up the BigMat Group. The selected 14 finalists were chosen from the initial selection of 87 participating teams of architects disclosed last July.

The project by the award-winning architects comprises the renovation of a large existing warehouse in the port of Dunkirk, as well as the construction of a new building standing beside it, equal in volume but with a different spatial quality and materials. In words of the architects, “the new building juxtaposes delicately without competing nor fading. The duplication is the attentive response to the identity of the hall. […] Under a light and bioclimatic envelope, a prefabricated and efficient structure allows for free, flexible and evolving platforms, with few constraints, fit to the needs of the program. The transparency of the skin allows to see, as a background vision, the opaque volumes of the artwork archive.”

The whole of the winning projects are listed below: 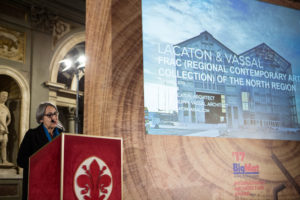 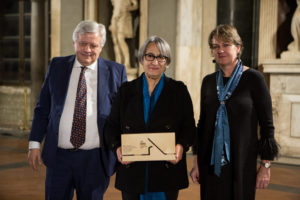 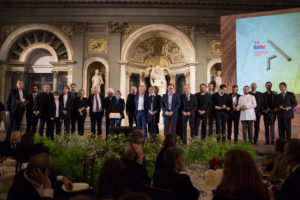 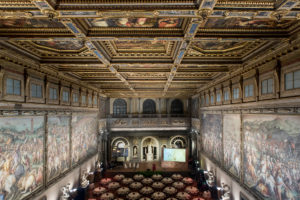